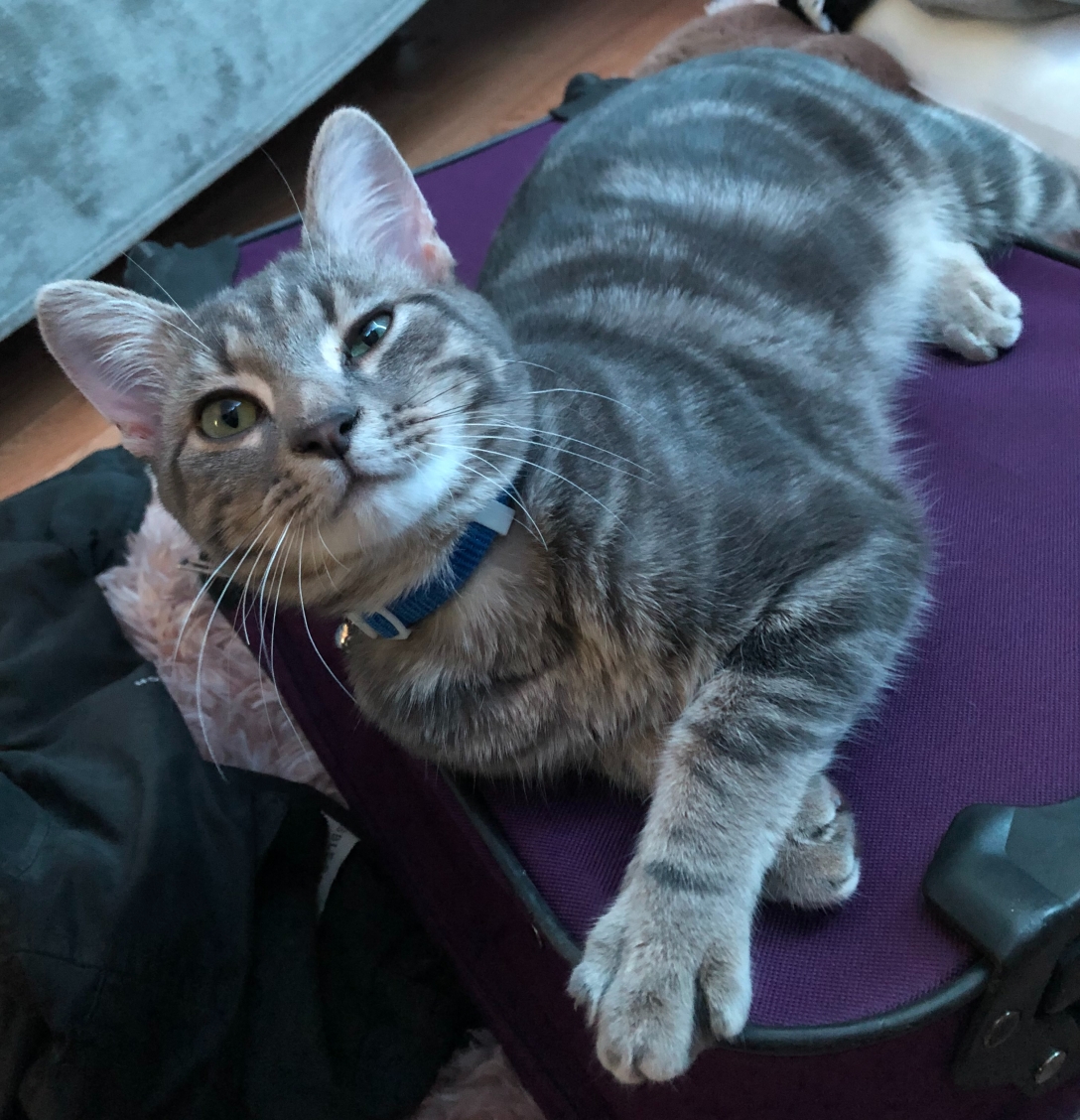 We adopted a new kitty last week named Loki. He’s about six months old, very sweet, and pretty fearless. He was nervous at first. I think he was missing his family who are moving, and sadly could not bring Loki with them.

Loki brought so many toys, and tunnels and fun things to play with that we hoped Licorice would soon accept his company.

It was pretty tense at first. There was a considerable amount of growling, and hissing, and some paws were thrown.

To make matters worse, Loki just seemed to instinctively know where all of Licorice’s favorite spots were, and he sat in all of them. The nerve!

Then we had a few hopeful close encounters.

After a few days the growling and hissing subsided and gave way to some interesting cat noises, like squeaks and chirps.

As a growing boy, Loki gets very excited about food! He growls when he eats and he likes to eat Licorice’s leftover food.

Luckily, Licorice is not a big eater. But when she catches him at her food dish, she pops Loki with her paw just in case he forgets who’s the boss around here.

Licorice has been the solo queen for several years, ever since her companion, Lily, passed away. As I recall, Lily was not thrilled when we brought Licorice home either but she adapted.

Maybe Licorice remembers this experience, it’s hard to know. Luckily, Loki has decided he’s fine with Licorice being the queen.

I can’t believe it’s been a week already! I wonder what that feels like in cat time?

I think it all comes down sharing a sunbeam, because what’s better than that?

Time will tell, but I believe they are very close to playing together, and becoming best friends.