The No Sleepover (YA Fiction)

“My mom only buys cheap no name brand; check in Humpty Dumpty.”

Maggie lifted the cookie jar lid and gave it a sniff with a wrinkled nose, “smells stale, definitely not worth the calories.”

“We could make some Toll House,” Scarlet offered, uncertain if enabling was the right course.

“Yeah! Wait…do you think we’ll wake your parents up?”

Snores, muted by the carpeted stairwell, emanated from the upstairs bedroom.

“Doubt it. Just to be safe, we’ll mix by hand and time them on our swatches.”

“Right. Let’s synchronize our swatches. Or…we could just make the dough and eat it all.”

Maggie switched on the orb that dangled over the kitchen table, a strange moon from an odd planet. Yellow and orange light flooded the room.

“Where did your mom get that light, anyway?”

Under artificial light, the windows went black, reflecting the image of the two girls in their long t-shirts. Scarlet worked like a chemist, measuring flour, sugar and baking soda into a bowl.  Maggie pulled butter and eggs from the mustard-yellow refrigerator. Balancing the items in her hands, she pushed the door closed with one elbow and dropped an egg, splat, on the worn linoleum floor. 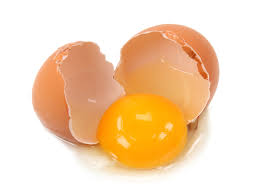 “I got it.” Flour-handed, Scarlet snatched paper towels from a roll, and sopped up the gooey egg and shell. She fetched a fresh egg from the bin while Maggie rolled the wrapped stick of butter between warm palms, softening it, before plopping it into a bowl. She popped chocolate chips into her mouth from an open bag while Scarlet blended in the last few ingredients.

Once the dough was complete, Maggie poured two tall glasses of cold milk. Scarlet carried the gooey concoction, spoons in hand, to the sun porch and laid the bowl on the table between two opposing couches. Carrying the milk, Maggie found her friend, bathed in gray-blue TV light, standing in the middle of the sun room practicing her warrior pose on the brown shag carpet.

Taking a slurp of milk, Maggie placed the glasses on the table next to the cookie dough. She plunked down on her sleeping bag, occupying the full length of the couch, and twirled a long blonde curl around her finger. “I hate being a big girl.”

“No, you’re tall.  I’m an Amazon.” Maggie scooped up dough with a spoon and stuffed it into her mouth.

“She’s at her friend Stacey’s, her second home.” Scarlet, balanced on one leg and reached for a spoonful of dough. Losing her balance, she toppled to the floor.

“I wish I had a sister,” Maggie sighed.

“You can have mine.” Scarlet laughed, dropping into a squat and hopping frog-like over to the TV. She manually switched the channel. “Besides, you don’t need a sister, you have me. Oh look, Tales From The Darkside is on.”

“Will this give me nightmares?” Maggie asked.

“I don’t know…do you plan to sleep?” Scarlet asked.

“Not if you make me watch this,” Maggie said.

“So why worry?  Besides, I have a better idea. Do you remember me telling you about my new neighbor, Curtis Bones?” Scarlet rolled flat on her back, knees up, hands clasped behind her head, spoon in mouth, doing stomach crunches.

“Your gorgeous running buddy? The one who thinks you’re nineteen? How could I forget? Why?” Maggie asked, reaching over the couch to scoop a small mound of dough with her spoon.

“He’s having a party tonight. He asked me to come by.”

“What? Scarlet, he totally likes you.”

“Nah, I’m pretty sure he has a girlfriend.”

“I don’t know. My parents would kill me if they found out. Maybe we shouldn’t.”

“How will they know? We’ll be back before they wake up.”

“I guess we could go for a little while. You want to?”

“This will keep.” Scarlet said taking the dough to the kitchen and depositing it in the refrigerator.

When she returned, Maggie was already up, wiggling into her Guess jeans. “How’s my hair? Is it crazy?”

“No, it looks great. Okay, but listen, we stay together and we stick to our story.”

“Sure, yeah, whatever,” Maggie said. “Wait, what’s our story?” She asked peering into a compact mirror, carefully lining her ice-blue eyes. “I hate my hair. I look like I’ve been struck by lightning.”

“You have amazing hair. I’d kill for your curls. Our story is…you’re my college friend, visiting from New York, where we both go to school.”

“What if they ask which one, or what our majors are?”

“I don’t know…change the subject,” Scarlet said, pulling on jean shorts and a black tee. “No, how about I’m studying to be a writer, and you are…”

“Ready!” Maggie gripped the back door handle. “Come on, let’s go! I can’t believe it! My first college party!”

“Shhh! Keep it down, do you want to get caught?” Scarlet stood in front of Maggie, hands on her hips. “Okay, tell me I don’t look sixteen.”

“Okay, let’s see…lose the pony-tail,” Maggie said tugging it free and tossing the hair-tie toward the couch. Scarlet’s auburn hair fell around her narrow shoulders. “Better, but I hate you; you already have a tan.”

Caped in darkness, they ran over the wide expanse of fresh-cut grass, under maple tree giants, toward the sleeping street. Crickets sounded an unheeded alarm. A pair of approaching headlights caused the pair to dive behind a hedge, giggling and snorting until their stomachs ached.

“Ouch! I have a huge cramp,” Maggie said, doubling over. “I ate too much cookie dough.”

“Here do this.” Scarlet pressed her fingers into Maggie’s side. They edged along slowly, clinging to the tree line while Maggie recovered. Fireflies burned then faded. Scarlet snatched one before it vanished into the pitch. She cupped it in her hands, allowing it to tickle her. She opened her hands to release the bug, but it had escaped through the cracks of her fingers.

Above their heads Orion’s Belt shimmered against a blue-black summer sky. Music floated towards them through the air: a mystical, vibratory, rhythmic map. Scarlet jogged in the direction of the sound, shouting, “It’s this way!”

“Wait for me,” Maggie called, emerging from behind through the trees. The house appeared before them: a beacon of light, a melody of voices, song and laughter.

Maggie hissed, “Maybe we should go back.”

“Come on.” Scarlet took Maggie’s arm and propelled her toward the back of the house where co-eds hung about in various poses throughout the yard, cigarettes and plastic cups in hand. A group of boys stood in a circle under the porch light, hopping and kicking a nearly invisible tiny beanbag.

“Well all right! New babes,” a long-haired boy said, as the girls approached. He missed the ‘hacky sack’ and let it drop. Another member of the circle complained.

“Dude, what are you doing?”

“I hope so,” longhair said, picking up the beanbag, “it’s his bash”.

“Hey, relax, I’m only kidding. I’m Chris. Bone’s is in the kitchen pouring shots. Keg’s out here.  Hang on…I’ll get you some beers.”

Still holding her arm, Scarlet felt her friend shivering. “Are you cold?” she asked a silent Maggie.

“Look, we’ll just say a quick hi to Curt and then we’ll leave.”

“You can’t go yet, you just got here,” Chris said, handing Scarlet two cups of tawny liquid. He looked like a ‘skate rat’ Scarlet had seen once before in the beach parking lot.

“Thanks.” Scarlet ignored the comment, handed one of the cups to Maggie, and said, “Liquid courage.”

They ducked inside, maneuvering through an intoxicated crowd. In poorly lit rooms, odd smoky odors rose to meet them, patchouli oil, incense and something else. Heads looked up and then away as the girls passed. Thundering music vibrated up through Scarlet’s sneakers, making her legs wobbly. Maggie, close on her heels, gave Scarlet a flat. A boy sitting on the arm of a chair looked up at them and smiled while Scarlet fixed her shoe.

“Do you know where the kitchen is?” she asked.

“THE KITCHEN!” she shouted.

He nodded, took a drag of a cigarette and hooked his thumb backward, indicating the hallway behind him. Fluorescent light from the kitchen spilled out into the hallway. They followed it. Perched on the counter sat a darkly tanned Curt in ripped, faded jeans, Hawaiian shirt open to the waist. He hopped down when he saw Scarlet.

“Scarlet, I’m so glad you came.” He pulled her into a hug, a warm mix of friend, mentor and forbidden. He stood back, dark penetrating eyes fixed on Maggie. “And who is this goddess you’ve been hiding from me?”

“This is my friend, Maggie…from school.”

“Like Maggie May…in the song.” Curt sang a few bars before kissing her cheek. “So, Maggie May, how long are you in town?”

“Excellent! We have parties almost every weekend. Come on, you need to meet my friends.”

The girls mingled like tourists and sipped their beers slowly, unaccustomed to the skunk odor and bitter flavor. When no one else saw, the girls exchanged wide-eyed glances and silent screams. They watched a round of beer pong and tried their skill at pool. Finally, when the crowd reached a pinnacle of drunkenness, Scarlet looked down at her swatch.

“Let’s find Curt so we can say goodbye,” Maggie said, pushing through the crowd, asking new friends for the host’s whereabouts.

Maggie followed him to the bedroom, while Scarlet wove frantically to keep up.

“Maggie, wait!” she shouted. Another girl staggered, spilling her beer on Scarlet’s shirt.

“Sorry,” the girl said, using the wall for support. Beyond her, standing in a doorway, Maggie peered into the bedroom: a secret garden of clothes piles, stereo equipment and surfaces littered with empty beer cans and pizza boxes. Fully clothed, Curt lay strewn across the unmade bed.

“I’m ready,” Maggie said. “Scarlet…he sang to me,” she whispered.

“I know, but let’s get going…before we get in trouble,” Scarlet said.

As if they had never fled, the girls slipped quietly back into Scarlet’s house. They talked the sun up and then fell asleep just before dawn.

Waking early, Scarlet’s mother Mary came down stairs and closed the sun room windows. While covering Maggie and Scarlet with blankets, she noted the smoky smell of her daughter’s hair. She moved to the pile of clothing on the floor, lifting up the individual pieces, reeking of stale beer.

She looked at her daughter, clutching her pillow like a once-loved stuffed animal. Then, Mary picked up the two half-filled milk glasses and moved to the kitchen to tidy the remnants of the girls’ evening escapades.

Once the room was satisfactorily clean, Mary made a pot of coffee. She sat at the kitchen table, cup in hand, bracing for the next round in the mother-daughter battle, where with each new day she was losing precious ground.

Passages of Youth and Progressions