Park this Rig on American Idol

The Top Ten Motor On…

I’ve decided American Idol is my current guilty pleasure. It presents such a departure from the rest of my life. So about last night…well darling, if you didn’t tune in, allow me to summarize:

Winning, while typically the result of exceptional skill sometimes comes by way of default; meaning that your opponent simply did not bring his or her ‘A’ game.

What the heck happened? Several of the show’s best contestants simply fell apart at the seams last night. Here’s how it all went down. I’ve added a star system, like in Orion’s belt, from zero to three stars, three being the best.

1. First up was M.K. with excellent pink hair and a strong start, singing my most favorite “Pink” song. Then her performance went sideways. I hope because of this one gaff, folks don’t send her packing. She has a great sound, although, her demeanor during the remainder of the program, will likely land her in the bottom three.

2. Dexter, sorry country dude, I was not digging this song choice. Even when Florida Georgia Line sings “Cruise”, the song is little more than a repetitive, monotone verse. Of course, this is true of most top ten hits, so that is the challenge. Dexter may be cruising to the bottom three.

3. Jena sang “Clarity” with authority and nailed it. With her unique sound, she pulled out a fabulous performance.** Two stars!

4. Alex, my favorite throwback, sang an up-tempo version of “Story of my Life”, which was a nice surprise since he tends to slow things down too often.**Two stars!

5. Malaya’s rendition of the Bruno Mars song, “When I was Your Man,” was strong, confident and emotional. ***Three stars! Loved it!

6. Caleb, I love you man, I just wasn’t Gaga over your song choice. Caleb can sing any song and make it his own so why did he choose that song? * One star

7. C.J. is a sweetheart but his tone was off throughout the entire tune. Looking in my crystal ball I see, C.J. in the bottom three.

8. Jessica mesmerized with her take on “Pumped up Kicks.” Although, I have to say, now that I’ve finally heard the lyrics to this deeply disturbing song, I won’t be humming it anymore. http://www.azlyrics.com/lyrics/fosterthepeople/pumpedupkicks.html Kids, just because any song with a good beat and a mumbled catch phrase can capture America’s interest, does not mean that it should. Good job Jess anyway.***Three stars!

9. Majesty, held her own, with an often too quiet “Wake Me Up”. She’s still one of my top picks but I am not sure this song kept the crowd awake.*One star.

10. Sam, America’s heartthrob, sang “We Are Young” with perfection. Is it possible to be too perfect? America will decide.**Two stars!

I was very happy to see Jennifer Lopez take the gloves off on the judging. She and Keith have both mastered what I’ll call the ‘pump up, let down’, which is when you say something nice to someone right before you release the hammer. Bang! 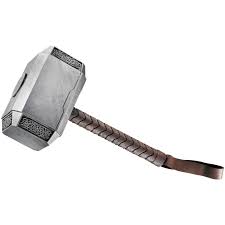 Although I still don’t really hear Keith when he talks, it’s all just butterflies and unicorns. I’ve noticed he has a ‘tell’, when he begins his comments with “how are you tonight, baby?” you know it’s not going to be pretty, even if it still sounds nice. Sometimes, I could swear Keith is even saying the exact same thing as Harry, but Harry receives a barrage of boos from the crowd and Keith gets a new paper audience sign that says, Hug me Keith. It was great fun watching ‘the boys’ trade personas. But even while acting as Harry, when Keith spoke, it was all butterflies and unicorns again.

The show has an awesome new vibe, but what’s up with Ryan Seacrest? He’s not one of the show’s producers, but he acts like the rich kid who throws a party and then every other minute reminds everyone that he paid for the beer. At least Simon kept him in line.

Sometimes I miss Simon, his arrogance was oddly attractive, but it was a distraction how everyone hated him so much. Simon laughed all the way to bank. I guess being hated pays off unless you are trying to become the next American Idol.